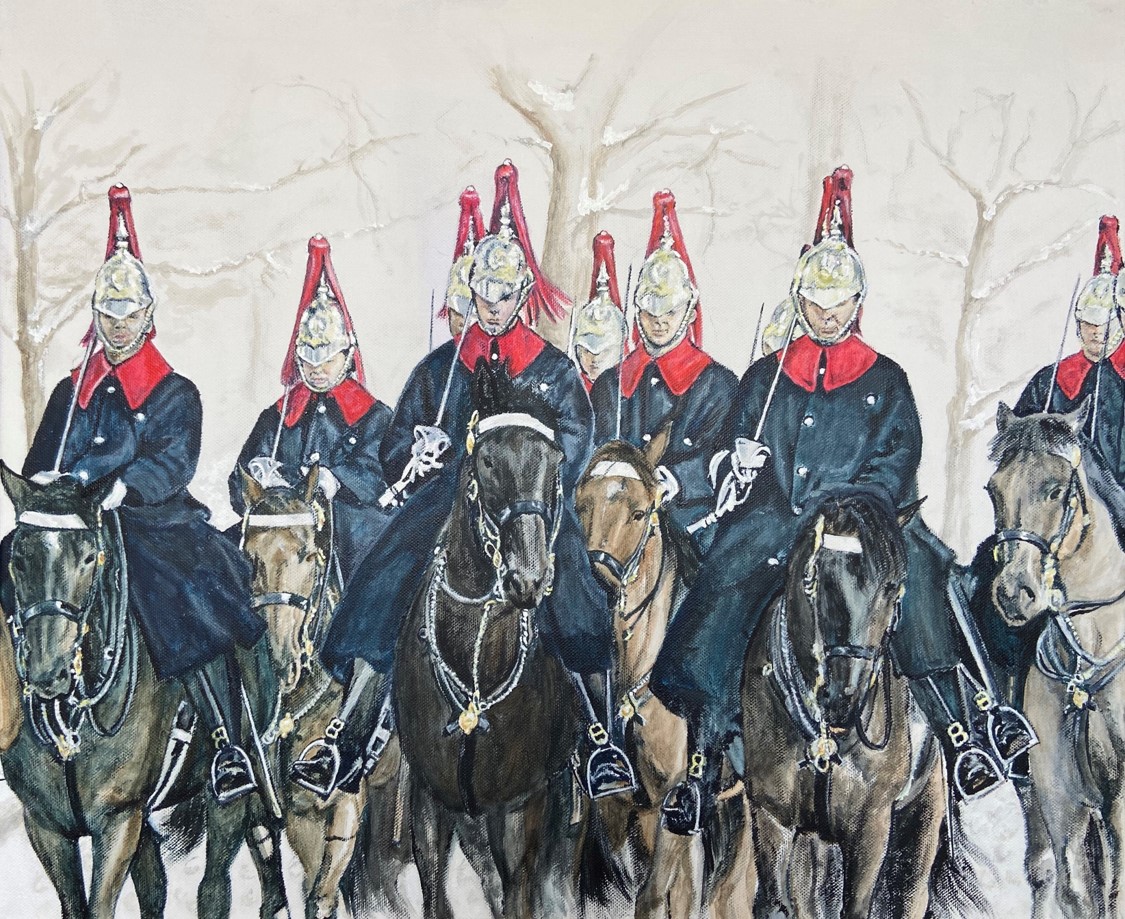 For the past few weeks I have been creating a special commissioned artwork whilst working from home.

Late last year I was contacted by Captain Elliot of The Blues & Royals Regiment of The Household Cavalry. He is responsible for fundraising for their veterans charity & they sell official Christmas cards each year to raise funds. Historically they have always used a photograph, but after seeing my animal artworks he wanted to commission me to do a painting for the 2020 card.

The Blues & Royals are the 2nd Most senior regiment in the British army with previous members being Princes’s William & Harry. The Colonel is Princess Anne & the Colonel in Chief is the Queen. So you can imagine my excitement & what a “pinch myself” moment this commission was for Me!!

It may seem strange that I’m showcasing wintery equine artwork in the spring, but the reason for its design at this time of year is to prepare for it’s promotion in the The Household Cavalry Official Journal of 2020.

I’m so proud that my artwork is going to be printed onto thousands of Christmas Cards for 2020 & that all money raised from the sales will go to the worthy cause of supporting veterans. I’m also excited at the thought of whose mantle piece my cards may adorn later in the year!

I am currently preparing the painting for a run of limited edition mounted Giclee prints that will be for sale in the coming weeks. Plus the original artwork will be framed ready for sale too. A percentage of all sales will be donated to the veteran’s charity